Nike has long channeled its “Animal Instinct”, applying a wide range of animal prints to almost everything that falls under its umbrella. And while not entirely unleashed, this newly revealed Air Max 95 still carries some of that energy, as the tongue is completely covered in a leopard print.

Other than that, however, the rest of the colorway is much simpler, without the smudges of the fast big cat. Only a subtle hint of snakeskin is mixed into the side layers, which are finished in olive-colored crinkled leathers and moss-green corduroy. Elsewhere, the midsole, mesh upper line and adjoining panels lack much of the same pop, alternating between neutral shades of white and “Sail”.

For a closer look at this leopard accented Air Max 95, check out the official images below. No release date has been confirmed yet, but we should see them on Nike.com and at select retailers over the next few months.

In other news, the Triple White Air Jordan 1 Mid returns later this year.

Be sure to follow @kicksfinder for live tweets during the release date. 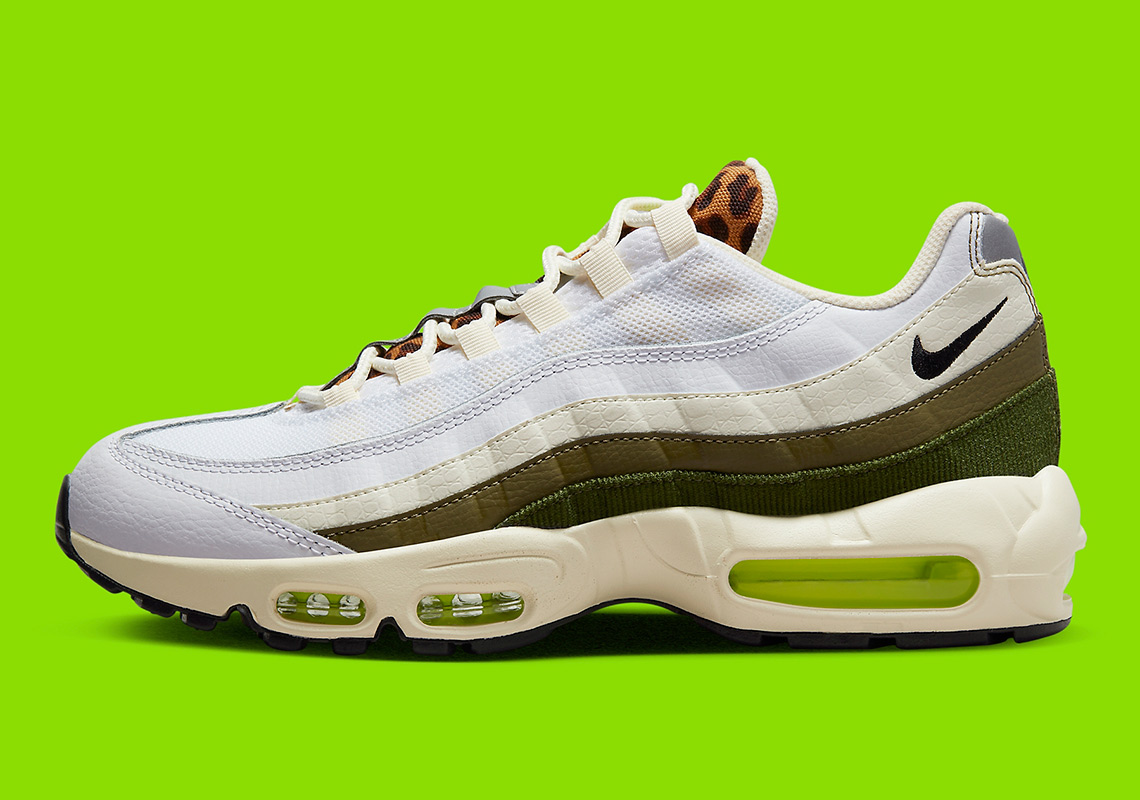 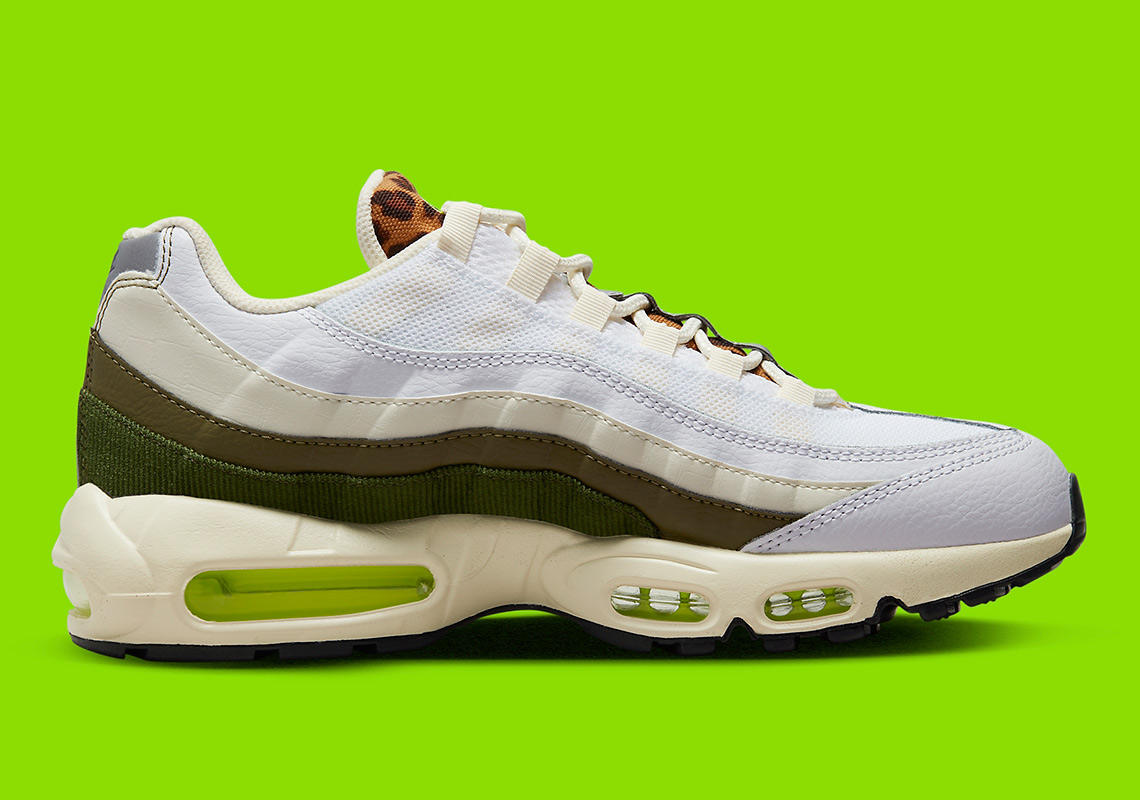 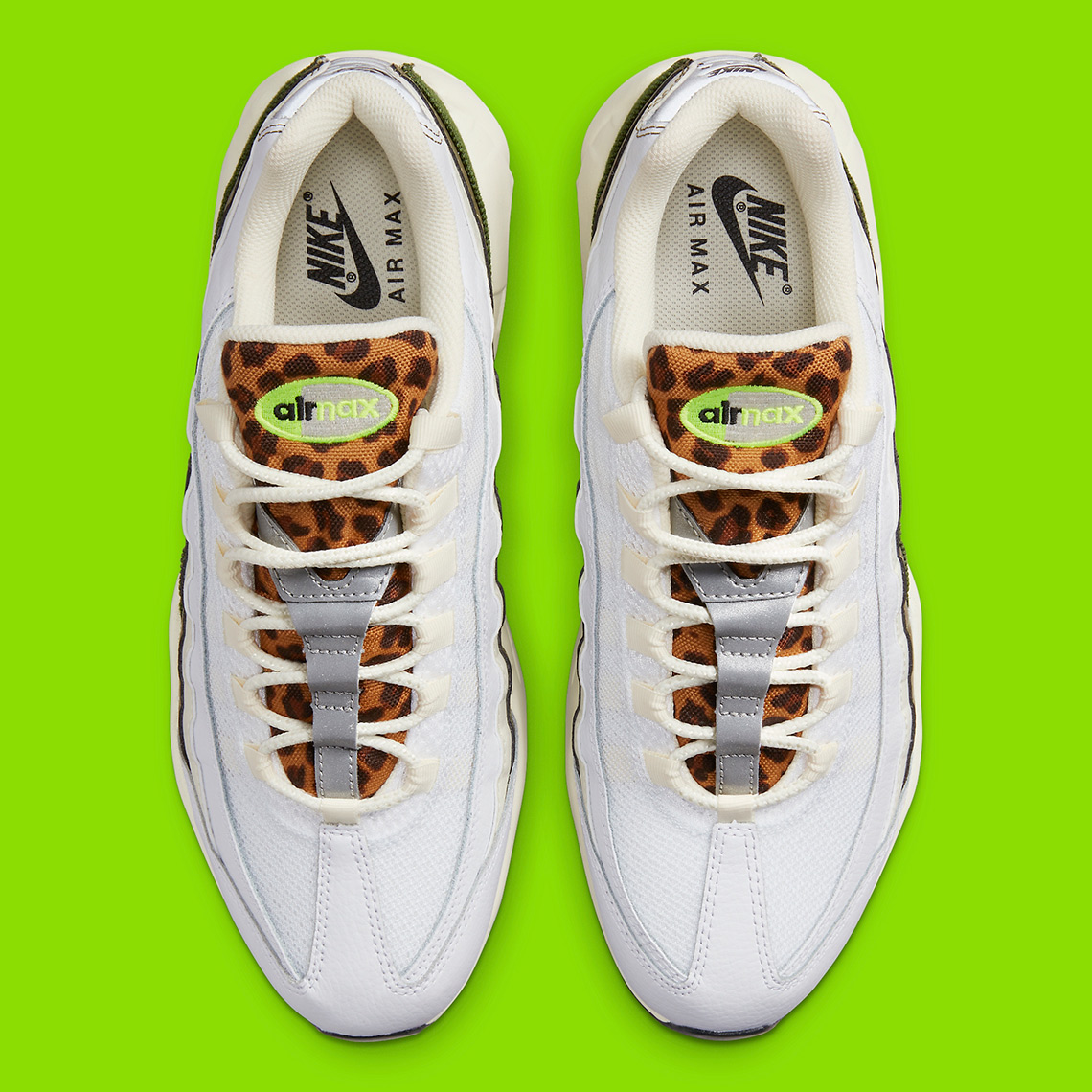 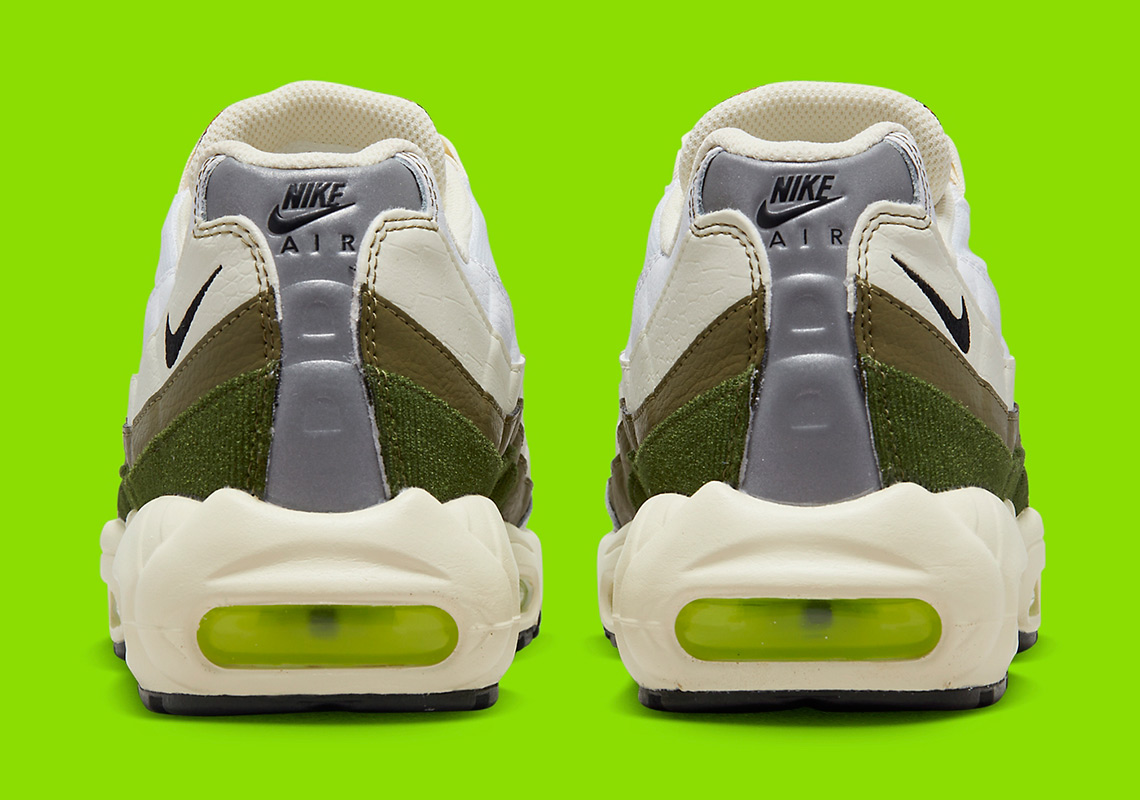 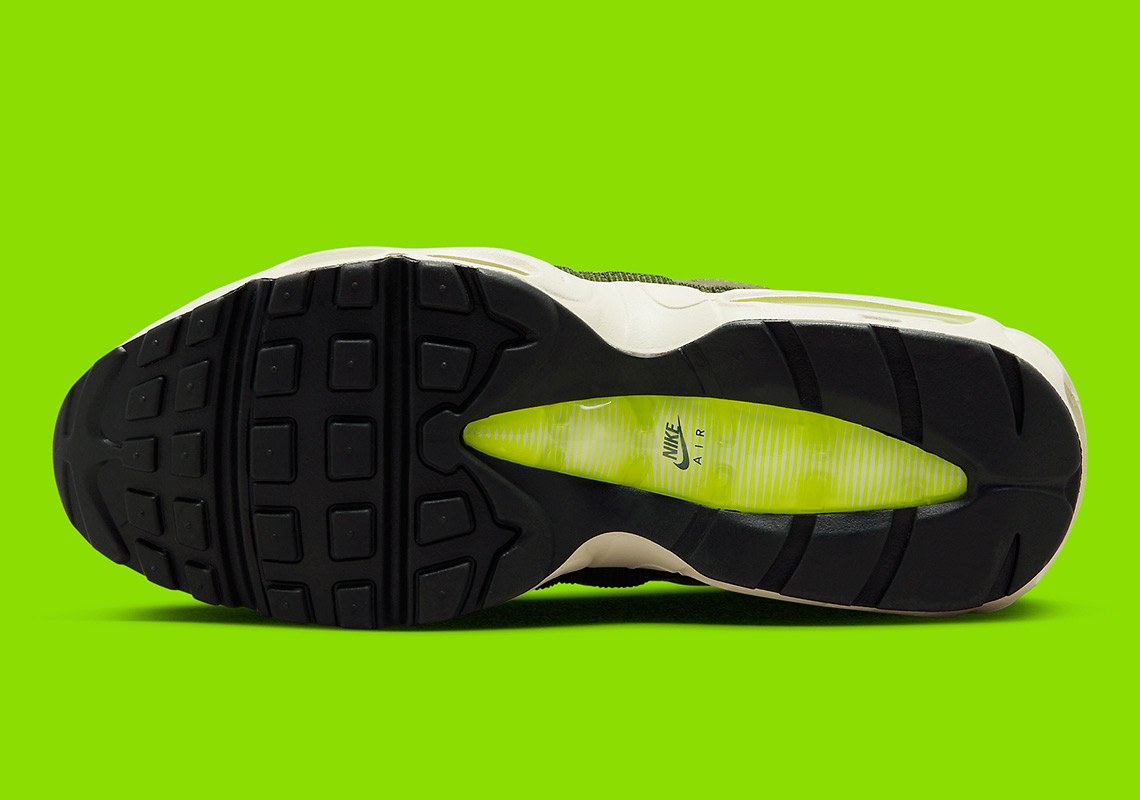 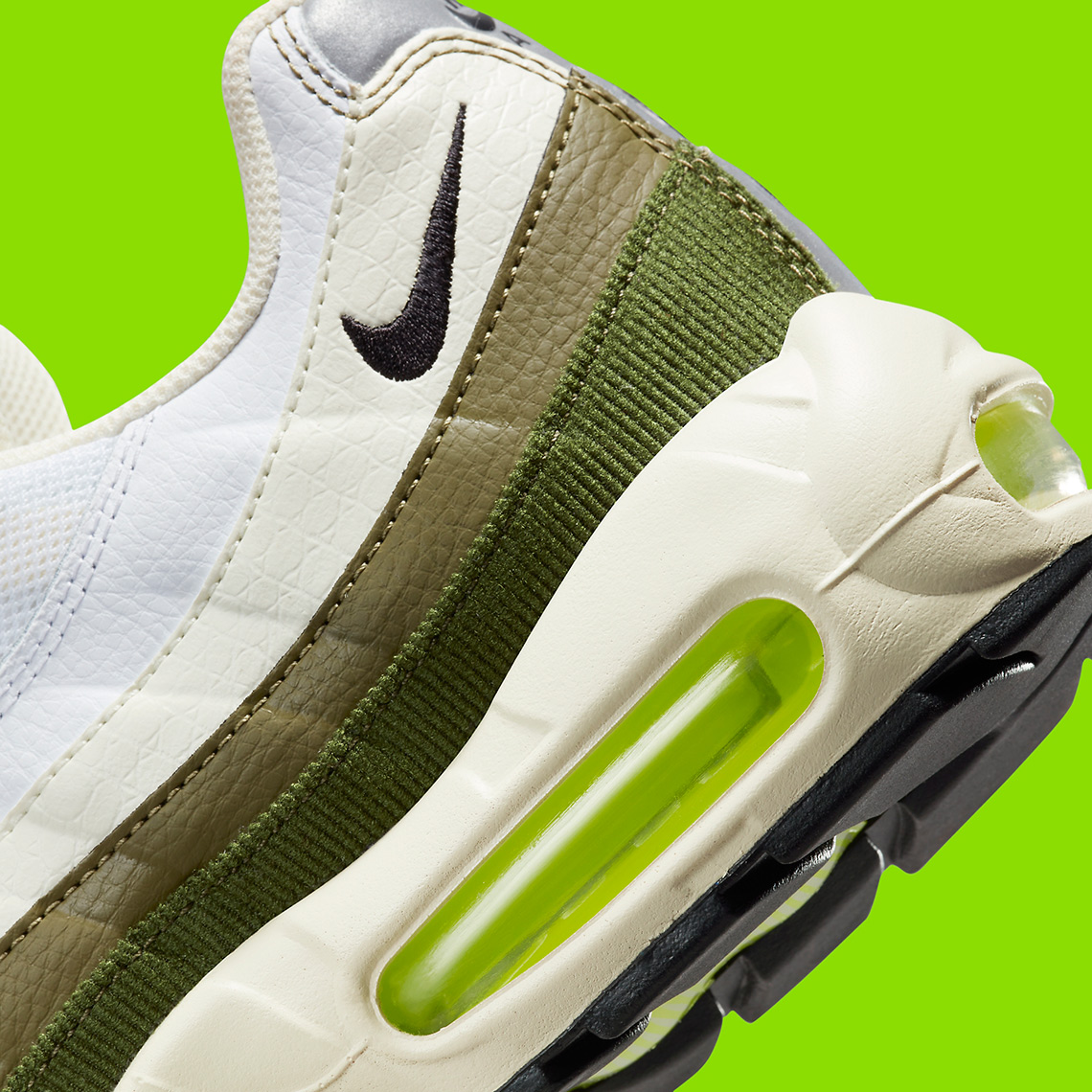 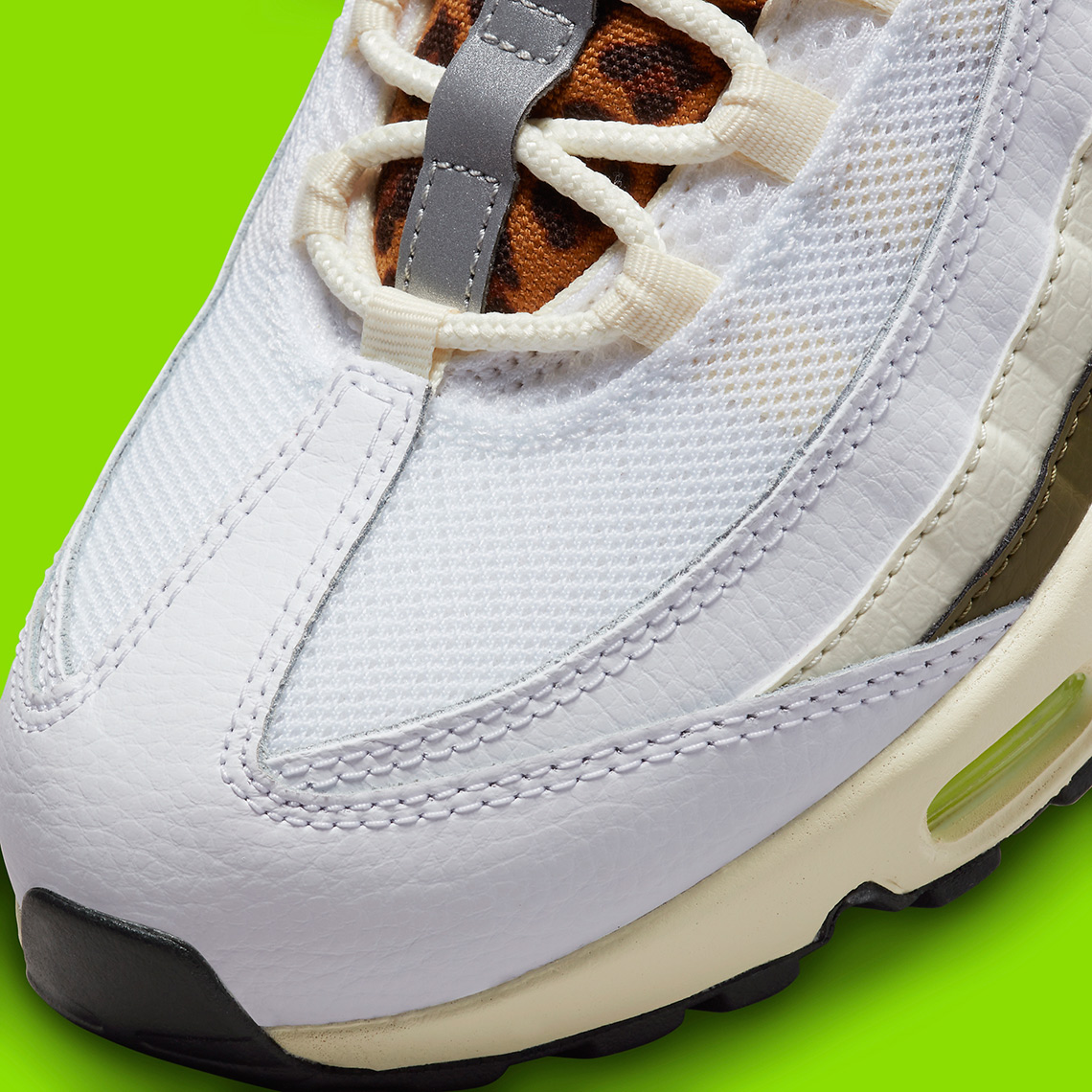