During an effort to rid my home of excess belongings this weekend, I came across an analogy that should help inform my equipment purchasing decisions in the future.

Now, will this new common sense affect my business acumen? Probably not. But the parallel was clear, all the same, and I thought I would share. So what was this great realization? I have too many pairs of shoes. Let me explain.

I like sneakers. One of the big perks of my job as a photographer, especially one who shoots a lot of sportswear campaigns, is that I can wear sneakers to work. As someone who has had multiple days of work requiring a three-piece suit and shiny black dress shoes, being able to walk all day in the same shoes I would wear to the gym is a major plus. Considering that most of the sports brands I photograph for officially / officially require that I wear their brand of athletic shoes on the set, I can even explain why I have no choice but to shell out some money. money for a new pair of Air Jordan.

But, to be fair, I’ve had far too many pairs of sneakers since long before visible logos became a problem. As much as I like shoes, I like to buy shoes. Collecting seems to be as much fun as the actual port. I’m pretty sure I’ve never walked past a discount shoe sale without stopping to check out the bargains in my life. And, it’s safe to say that when it comes to options, I have all of my bases covered. More than covered. Does anyone need six different pairs of green high top shoes?

Yet despite my best efforts, despite my love of shoes, I still haven’t been able to push more than two feet so far. This means that unless I decide to put shoes on my hands, it is pretty much certain that I will only be able to wear one pair at a time. No matter how cool a pair of shoes may look on the rack, only one can be in action at any given time. If we’re being honest, despite the huge variety of options available, these are still the same handful of pairs that tend to wear out day in and day out while the majority of pairs stay in my shoe closet to pick up the dust. . Yes, I have a closet for the sneakers. I told you. I have a problem.

So what does all this sneaker talk have to do with photography, you might ask? Well, if I take a close enough look at my lens buying behavior, I can spot many of the same disturbing trends. This time, however, they come with a much higher price tag.

The concept of selective spending is particularly relevant to me these days, as the camera market is in flux right now. If you’ve read my reviews over the years, you’ll know that I’m a die-hard DSLR fan and in many ways I’m trained to kick and scream into a mirrorless mirror. But, despite what my optometrist might tell you, I am not blind. I understand that mirrorless cameras are on the rise and soon enough even my beloved D850 will become a spinner rather than a starter. Maybe even when the Z 9.

As a longtime Nikonian, I have slowly acquired a wide range of F-mount lenses over the years. As everyone rushes to trade in their old lenses, I’ve even bought more F-mount lenses in recent years at ridiculously low prices through the second-hand market, which ultimately allowed me to ” complete ‘my range of lenses to cover all focal lengths wide too long than I could ever conceive of ever needing. But, of course, the new camera mounts come with new camera lenses. And while you can certainly adapt most older lenses to newer mirrorless cameras, at some point you’ll probably want to maximize the new technology with native glass.

Well, just like I’ve never seen a pair of shoes that I didn’t want to own, the lenses tend to tickle my imagination. They are technological marvels and knowing the feel and balance of a new piece of glass is one of my joys in photography. I want them all. But, do I need them all? Probably not. Regardless of what I may or may not have available to me right now, just like my well-scuffed sneakers, I tend to stick to the same or two goals for filming 99% of my work, while others only take out the lens case for special occasions.

Should I therefore continue to buy glass? I think it could be argued that I need the mirrorless equivalent of my favorite lens, the 24-70mm f / 2.8. This is the lens that tends to live on my camera and it’s always the first line of lenses I invest in when buying a new system. I own both the Nikon f and Z versions, the Canon RF version, and even the Fujifilm GF equivalent, the 45-100mm. So whatever body I use I’m pretty well covered with the best possible lens for my use case. Maybe the 70-200mm and one 40mm walkaround pancake would also fall under the heavy rotation category. But beyond that? Should I buy something new? Or, since most of the other lenses in my camera are only used in limited situations, would it make more sense to just keep the old lenses I own and use the adapter? 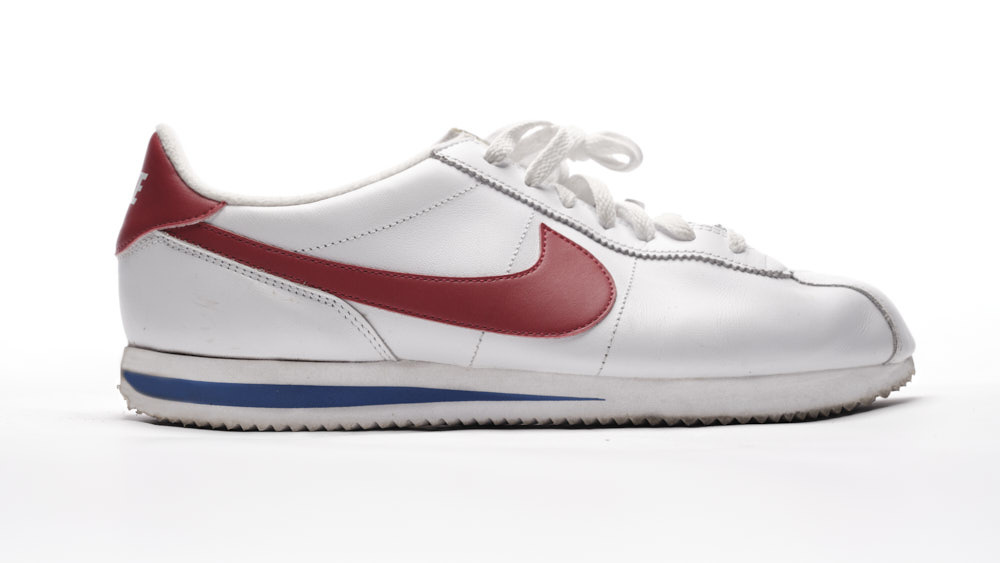 The logical answer seems pretty clear to me. It remains to be seen whether common sense will win out over my desire to collect things. I’m sure in your situation you can think of which lenses you absolutely must buy and at least one or two that have ended up in your collection that are just there to collect dust.

So this weekend, as I continue with my cleaning and try to purge my house of possessions that no longer “bring joy”, at some point I’m probably going to find myself staring at a full shoe cabinet. rows of rarely worn sneakers. and think about if there isn’t a better strategy for investing in shoes and glasses that I should use in the future. Just as I can only wear one pair of shoes at a time, I can only climb one goal at any one time. And as the transition to a new camera system begins, it makes sense to take a step back and see which of these lenses will be worth the investment and which will end up just sitting around collecting dust next to that pair of lavender. Reeboks.